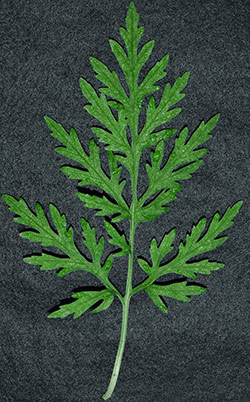 Join our panel of experts who will be discussing the most common weed control problems this time of year and how to address them using an IPM approach. Whether you own land, manage land, or are just interested to learn more about weed control tools and how to integrate them together, then you need to take part. Each panelist will give a short introduction and then we will open it up for a live Q&A.

Hilary Sandler received her PhD in Plant and Soil Sciences from UMass Amherst in 2004, her MS in Plant Pathology from University of Delaware in 1983 and her BS in Biology and Environmental Science from University of Pennsylvania in 1981. As the Cranberry IPM/Weed Specialist at UMass, she addresses the research and extension Weed Science needs for cranberry growers in the U.S. and Canada as well as other small fruit growers in Southeastern Massachusetts. She recently translated and edited a 300-page identification guide for weeds in cranberry.

Antonio DiTommaso earned his PhD in weed science from McGill University in 1995. The overall goal of his research program is to study the basic biological and ecological principles governing agricultural and environmental weed population dynamics. This research should ultimately lead to the development and implementation of effective, sustainable, and economically viable weed management strategies. He is currently Editor of the scientific journal Invasive Plant Science and Management and was awarded the Excellence in IPM Award in 2015 by the New York State Integrated Pest Management Program.

Norris Muth earned a bachelor’s degree in environmental studies in 1997 from Brown University in Providence, Rhode Island, and went on to earn a master’s degree in forestry science from the Yale School of Forestry and Environmental Studies in 1999. He earned a doctorate in ecology and evolution from the State University of New York, Stony Brook in 2007. His research interests center on conservation biology, community ecology, and the history and philosophy of science. He is particularly interested in how to assess the impact of biological invasions of species and how biological communities interact and react to invasive species. He has published his work in several professional journals, including an article on using invasive species biology to teach about evolution in Evolutionary Science and Society: Educating a New Generation. He also has published articles in Philosophy Now and the Journal of Experimental Marine Biology and Ecology.