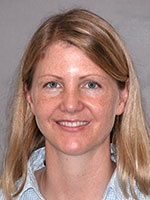 To better understand, prevent and treat diseases passed from insects to people, such as West Nile, Dengue, Zika and tick-borne Lyme disease, the Centers for Disease Control recently gave a $10 million grant to Cornell to lead the Northeast Regional Center for Excellence in Vector Borne Diseases. The Center is one of four established across the U.S. that will conduct applied research to better prevent, control, monitor, track and respond to vector-borne disease outbreaks. The center will offer a new master’s degree in public health entomology with a goal to train the next generation to have the best possible knowledge and skills that they can apply to introduced threats or existing vector-borne disease threats.

Come learn about the new Center and get your insect vector disease questions answered.

Professor Harrington became interested in global health issues and vector-borne diseases after living and working for several years in rural Thailand. She contracted both dengue and malaria while living abroad and realized the impact these infections have on children and adults in resource poor nations. Her research focuses on the biology, ecology and behavior of mosquitoes that transmit human diseases. Current research projects in her laboratory address the blood feeding and mating behavior of mosquito vectors of dengue fever, Zika, Chikungunya, West Nile virus and malaria.