School IPM: Good for Children, Easy on the Budget 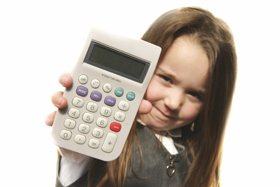 A Tale of Two School Districts

“Three years ago I was spending $28,000 a year on an outside contractor for pest control,” Smith says. “My costs now are running about $4,000 per year.” But it’s not just the money Smith cares about. Cutting back on pesticides has well-documented health benefits for children.

In Pittsburgh, Pennsylvania, Mike DiCroce tells a similar story. “I use a pressure hose to knock down small wasp nests in handrails and such,” says DiCroce, the district’s pest control operator.

Pesticides are a last resort. The reason? “Children are more sensitive than adults to pesticides,” says Kathy Murray of the Northeastern School IPM Working Group. Crawling, exploring, and hand-to-mouth activities can expose children to pesticides. Murray is one of two dozen people working on projects funded by the Northeastern IPM Center to teach children about IPM and implement least-toxic methods in schools.

The Right Thing to Do

For more than a decade, IPM proponents have persuaded school districts to choose pest prevention over sprays. “Schools that switch to IPM show a decline in pesticide use and are still able to keep pests at bay,” says University of Massachusetts entomologist Bill Coli, who evaluates the impact of IPM projects. A case history of ten districts across seven states underscores his point: as schools adopted IPM, the average number of pesticide applications went down, and so did pest complaints. (Contact Coli for summary data on IPM regulations, adoption, and impacts in U.S. schools.)

A good chunk of funding for school IPM outreach has come from the U.S. Department of Agriculture, an agency that knows pest management like the back of its hand. Through its Regional IPM Centers, USDA unites private and public IPM supporters—including the U.S. Environmental Protection Agency, which also devotes funds to reducing pesticide risks. In 2008, some of these partners created a national plan to make IPM a reality in all public schools by 2015.

“With nearly 50 million children enrolled in public schools, school IPM is the right thing to do,” says Sherry Glick, EPA’s school IPM team leader. Recently, her agency announced a $1.5 million plan to bootstrap school IPM programs all over the nation.

Some of the progress at the school-district level has been driven by state decisions. Thirty-six states now promote IPM or legislate some restrictions on pesticide use. “EPA is increasing its focus to work directly with states through voluntary relationships,” explains Glick.

In Keller, Texas, both pests and pesticide bills are down about 90 percent in a school district with 40 buildings, 33,000 students, and termites. The district once spent over $90,000 a year to cope with pests; now it’s below $10,000, says John Gann, director of maintenance.

In 1991, Texas passed one of the first school IPM laws in the nation. In contrast, Utah has no rules on the books about IPM. Yet the Salt Lake City district has embraced IPM wholeheartedly. Why? “Pesticides are expensive,” says Smith. “You can buy a lot of sticky traps for what you’d pay for some kinds of pesticides, or for a professional contractor.” In fact, notes Smith, he can buy enough traps to last three years or more on the cost to contract out the same services he now does in-house.

Even in states that promote IPM, many school districts lack IPM plans. They have plenty of other pressing issues on their minds.

“People will tell you IPM is more expensive,” Gann says. “I’m sorry. It’s not. IPM is less costly, and it’s the right thing to do for our students, now and for the future. IPM is not about hugging trees. It’s about a better environment in which to hug our kids.”

— by MARY WOODSEN and ELIZABETH MYERS

News from our Center