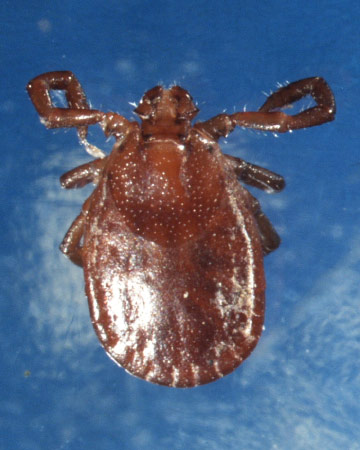 The Asian longhorned tick (ALT) is a threat to companion animals, livestock, and potentially also to wildlife. So far this species in the U.S. has not been found infected with human pathogens.

Field population of ALT were first detected in the U.S., in New Jersey in 2017. Unlike all other U.S. hard ticks, ALT adults are all female (no males) and reproduce by cloning. This means that single individuals if displaced into a new site can generate very large infestations—each female can lay several thousand eggs. The presence of large numbers of ticks may interfere with IPM targeting other more dangerous ticks—such as blacklegged ticks—leading people to panic and overreact.

Unlike blacklegged ticks, ALTs can easily number in the hundreds and even thousands (depending on stage) in any given area and on animals. So far, they have not shown much interest in humans, but there are exceptions. Regardless, it can be alarming to find a few hundred ticks crawling all over your pants—which can still happen even if you are practicing good tick avoidance—or even more all over your legs if you are not.

There is still a lot we don’t know about ALTs, so this will be an overview of what we do know about the biology, ecology, and vectorial capacity of this tick species—and how existing approaches for combating native ticks may either work or backfire on this species.

The presenters will also discuss other invasive tick species in the U.S. and the potential for additional ones to become established.

Dr. Fonseca uses DNA tools to reveal incipient infestations of potentially invasive species, identify which traits are associated with expansion and damage of invasive species in order to optimize management strategies. From 2008–2013 she was the lead PI on a USDA-funded Area-wide cooperative agreement to control invasive day-biting mosquitoes. She has remained committed to the prevention and control of vector-borne pathogens by training better medical entomologists and working with mosquito control professionals. She is a founding member of the WHO/CDC funded Worldwide Insecticide Resistance Network, currently composed of 19 institutions worldwide that provide a unique framework for tracking insecticide resistance in mosquito vectors of arboviruses around the world.

Matt Bickerton is the Public Health Entomologist for Bergen County, NJ, where he manages tick and mosquito surveillance and control efforts. He is also a Ph.D student studying Entomology at Rutgers University, Center for Vector Biology. He is looking at tick populations, particularly the invasive Asian longhorned tick and the blacklegged tick that transmits Lyme and other pathogens. His research interests involve finding strategies to control these pests in public areas. 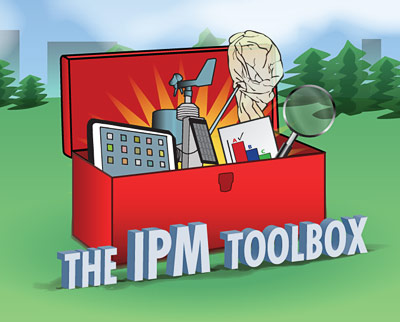 Got an IPM question? Need to know the latest IPM information? The Northeastern IPM Center has the answers with our webinar series, “The IPM Toolbox.”