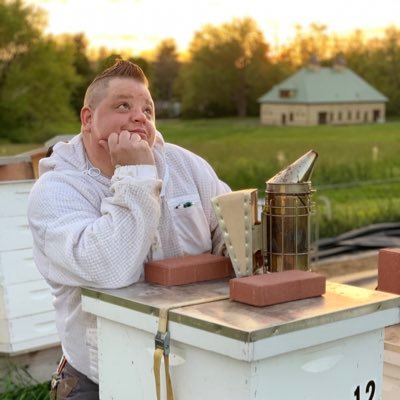 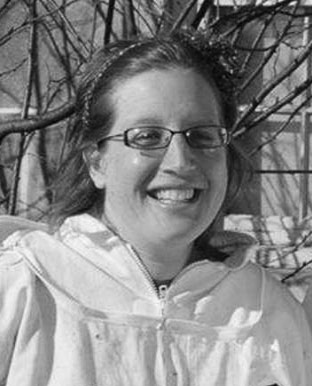 Any large-scale threat to honey bees is ultimately a threat to humans because of the critical role bees and other pollinators play in maintaining the food supply. While many factors contribute to declines in honey bee populations, the parasitic varroa mite (Varroa destructor) is the greatest pest threat to bees and a management headache for beekeepers.

Skyrm and Lund had identified a lack of information, education, and training on how to successfully implement varroa mite IPM, especially for new beekeepers, and sought to develop a program tailored specifically to New England. Their resulting work has laid a solid foundation for improved management.

“We were seeing varroa as the biggest driver of colony losses in our states year after year,” said Lund. “It is a tricky pest to manage. For most honey bee pests and diseases, a problem generally stays within a beekeeper’s apiary. With varroa mites, as a hive is collapsing, the mites spread to other apiaries, causing a cascade of hive collapses over a large area and often between beekeepers. We saw a regional IPM approach as the best option to control this devastating pest.”

“With varroa mites, as a hive is collapsing, the mites spread to other apiaries, causing a cascade of hive collapses over a large area and often between beekeepers.”

Why the focus on New England? The project leaders found that losses reported by Massachusetts and Maine beekeepers during the 2017–2018 season greatly exceeded national averages. They also point out that New England’s climate entails unique management challenges, thanks to a short beekeeping season and harsh winters.

“When looking for resources to provide beekeepers about varroa mite management, we found that a lot of the information available to beekeepers is from regions that have completely different climatic conditions from those in the Northeast,” said Skyrm. “The extended break in the brood cycle of both the mites and the bees, caused by our long winters, changes how colonies and mites develop during the season in a way that you would not see in areas with milder winters. This difference impacts the management strategies used to control the mites.”

“[Our long winters in the Northeast] impact the management strategies used to control varroa mites.”

Over the course of the project, the team pursued several measures aimed at gathering data from beekeepers and providing them with the tools and resources to better manage varroa mites.

As part of a multifaceted strategy, the project leaders

The team has made great strides in addressing the challenges of varroa mite management by developing clear, effective monitoring methods and delivering education to beekeepers. In the process, they have laid the groundwork for future research and extension efforts.

In spring of 2019, Lund and Skyrm presented a webinar on varroa mite management through the Northeastern IPM Center’s IPM Toolbox series. That webinar proved so popular that the presenters were invited back to deliver an entire four-part webinar series in spring 2020, offering a far more detailed, deeper dive into varroa mite biology, sampling, and management.

The project, through all its deliverables, has generated significant interest from beekeepers not only in New England, but also throughout the Northeast and beyond. This has resulted in measurable increases in awareness of varroa mites and IPM among the beekeeping public. The numbers illustrate the scope of the effort:

Based on the success and level of interest so far, additional workshops have been planned, and the team believes other areas outside New England would benefit similarly from regionally focused varroa mite IPM projects.

About the Partnership Grants Program

The New England varroa mite IPM project exemplifies the Northeastern IPM Center’s commitment to allocating resources and giving a platform to research and extension efforts that use IPM to address critical pest issues in the Northeast.

Read more about the Partnership Grants Program at neipmc.org/go/bfgs.

There are 20,000 bee species in the world—4,000 of them in the United States and an estimated 420 in New York. Amongst all the bees out there, who is really doing the pollinating?

This invasive hornet’s threat to humans may be overhyped, but the danger to pollinators is very real.

Beneficial Pollinators and the Plants That Attract Them

SLELO PRISM has developed an illustrated guide that provides an overview of some of the pollinators you may want to attract to your garden.

The December 2020 issue of IPM Insights is now available as a downloadable PDF.

Call for Submissions and Photos

Do you have IPM-related news or an IPM story to tell? Do you have high-quality photos of pests, pest damage, pest-management methods, or people demonstrating IPM practices?